The 2019-2020 season saw four teams from the Pacific Coast Athletic Conference finish with an above .500 record. Southwestern College finished undefeated in conference and fielded the highest seed going into the post season. San Diego City College and Palomar both made the post season and MiraCosta finished the season above .500 as well. This upcoming season it appears the guard has changed and San Diego comes into the season being one of the top teams in the state. The Knights appear to be our favorite but there are some quality teams in the conference as this could be a competitive conference from top to bottom. 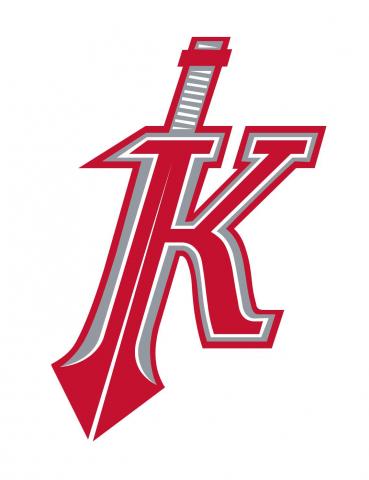 San Diego (25-6, 14-2): The Knights had a good run posting 25 wins and finishing 2nd place in the Pacific Coast Athletic Conference in the 2019-2020 season. San Diego made the post season as the 11th seed and went on the road and knocked off Fullerton in the 2nd round. The Knights lost to Los Angeles Valley a game later in the sweet 16 to end their 2019-2020 season.

The Knights come into the new season as one of the elite teams in the state. San Diego made a great showing at the Socal Jamboree and are one of the most talented teams that we saw. Andy Ground has taken over this season and the longtime Saddleback Head Coach will look to make a deep post season run. Two players return off their 25 win 2019-2020 season. “6-9” Drew Cisse returns for the upcoming season, the sophomore averaged 8.9 points and a team high 7.9 rebounds in his first season for the Knights. Cisse will be a player to watch for the Knights as he is a player that four year schools should have their eyes on. “6-3” Makiah Morris returns for his second season after the sophomore averaged 7.4 points per game in the 2019-2020 season. Leading the list of newcomers is point guard Jon Ogugua. The “6-0” sophomore transfer from Butler CC will be a player to watch this upcoming season. The elite guard from Houston, Texas averaged 4.4 points at Butler but will be one of the best guards in the state. “6-4” Raphael Allen is another transfer that will add shooting to the Knights. Allen came over from Southwestern College where he averaged 8.3 points and shot 42% from the 3 point line in 2019-2020. “6-8” Humboldt State transfer Noah Viera is another player will add depth in the front court. “6-4” UC Merced transfer Maceo Reddick will be another sophomore that adds experience to the Knights. “6-4” Graham Cook (La Costa Canyon HS) will be a freshmen to watch for San Diego as the combo guard is another solid four year prospect for the Knights. “6-7” Jackson Larson (Christian HS), and “6-7” Anthony Howell (Ursuline HS) are all freshman that will look to contribute for San Diego. The Knights are a talented group and in our eyes are the favorites to win the conference. San Diego is one of our top teams in the state and it will not surprise us if the Knights make a deep run into the post season. 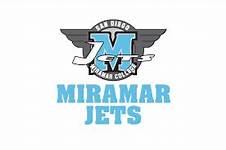 The Jets will be an improved team and could be a team that could finish in the upper half of the conference. Three players return from the 2019-2020 team. “6-1” sharp shooter Cameron Barry returns for his sophomore season. The three point specialist shot 39% from downtown and averaged 18.9 points and 6.5 rebounds per game in his freshman season. “6-5” Manny Pinedo-Rincon and “6-9” Yaseer Hashemi will provide sophomore experience to the Jets. “6-4” Artis Chapman returns to Miramar after sitting out the 2019-2020 season. In 2018-2019, Chapman averaged 12.6 points and 4.1 rebounds and will have an impact for the squad. “6-2” Kendall Sutton will be another player that will provide experience for Miramar. “6-7” Jakob Milling (France) will be a player to watch for the Jets, as the freshman will have an impact for Miramar. “6-7” Jacob Doffing (Prescott HS), “6-3” Jake Elfstrom (Point Loma), “6-5” Jaume Arnal Diaz (Spain), and “6-7” Francky Naguidebe (University City HS) will all be freshmen that will look to contribute this season for the Jets. In our eyes, the Jets will be a team that could be on post season watch. Miramar has a very much improved team and the Jets should have enough to move into the upper half of the conference. 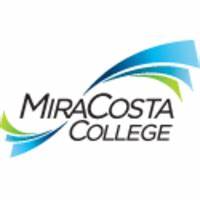 MiraCosta (16-12, 10-6): The Spartans will look to build off their 16 win season from the 2019-2020 season. MiraCosta was 3-4 in 7 games decided by 5 points or less and after finishing 4th place in the Pacific Coast Athletic Conference the Spartans missed the post season.

Four players return to the Spartans for the upcoming season from their 2019-2020 team. Honorable mention Pacific Coast Athletic Conference guard Lamont Couch returns to the team after averaging 12.0 points and 3.9 assists in his freshman season. The “5-10” guard brings depth to the guard position for the Spartans. “6-3” Patrick McLachlan, adds sophomore experience, “6-4” Devynn Wakefield (6.8 points), and a much improved “6-5” Carter Plousha (3.9 points) will both contribute this season to an improved MiraCosta team. “6-3” Julian Williams is a transfer from Antelope Valley and will add depth to a loaded back court. Williams averaged 10.3 points per game for the Marauders in 2019-2020. “6-1” Jayden Winfrey (Redondo Union HS), “6-4” Jonathan Tchengang (King HS), “6-9” Nigel Wilson (Catalina Foothills HS), and “6-3” Jordan Shelley (Providence HS) are four freshmen that will be looked upon to contribute to the Spartans in the upcoming season. MiraCosta has a lot of depth in the back court as guard play is crucial. The question will be their front court but we feel they will be right in the mix of things with the Spartans making a run at the post season. 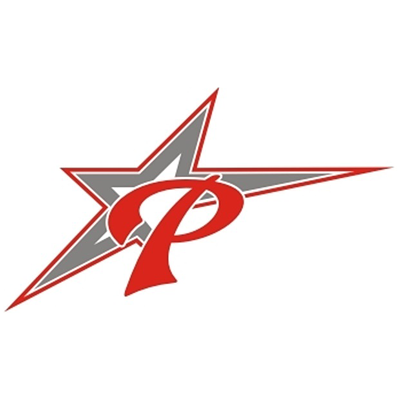 Palomar (20-9, 11-5): The Comets come into the season with high hopes after finishing the 2019-2020 season with 20 wins. Palomar won 20 games and finished in 3rd place in the Pacific Coast Athletic Conference. The Comets made the post season as the 20th seed and lost to 13th seeded Citrus 81-80 in the first round of the playoffs.

Palomar comes into the new season with four players returning from their 20 win season team in 2019-2020. “6-1” Zadok Wilson returns for his sophomore season after averaging 10.8 points and 5.5 rebounds in his freshman year. “6-3” Noah Woodby returns to the Comets after averaging 10.3 points and 4.7 rebounds in 2019-2020. “6-0” Jason Danso (3.4 points), and “6-3” Japrea Pedeselaux (3.2 points) will both add sophomore experience to the Comets. “6-5” Central State transfer Josiah Wilson with add athleticism to the Comets and some scoring punch to Palomar. “6-3” Chad Robinson (Cherokee Trail HS) will be a player that could make an impact for the Comets this upcoming season. The freshman will be expected to contribute this season for the Comets. “5-10” Andrew Milot (Balboa Prep), “6-5” Joe Ogbegbor (Balboa Prep) and “6-7” Nathaniel Washington (Ocean View HS) will look to contribute for Palomar. Palomar will look to have another standout season but lack of height could hurt the Comets but as hard as Palomar plays it won’t surprise me if they have another solid 2021-2022 campaign and finish in the upper half of the conference. 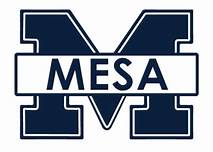 The Olympians return two players from their 2019-2020 team that finished 5th place in Pacific Coast Athletic Conference action. “6-5” Jaamal Wright returns for his sophomore season after averaging 12.1 points and 5.9 rebounds as a freshman. The left hander will provide a physical inside presence for Mesa. “6-3” Jahloni Mitchell is the other player that will return from the 19-20 team and the guard averaged 6.8 points and 4.1 rebounds in his freshman season. “6-6” Emanwel Henry returns to the squad after sitting out, the very athletic left handed wing averaged 3.8 points in 2018-2019 but we should see those stats increased tremendously. “6-7” Carlos Torres a transfer from Portland Community College and the athletic left handed “6-7” William Bailey will add sophomore experience to the Olympians. “6-4” Sean Smith (Central HS) will be a freshman coming in that could have an immediate impact to San Diego Mesa. “6-8” James Barlow (Carlisle HS), “6-8” Craig Jackson (Sweetwater HS), “6-0” Jaiden Pate (Temple HS), and “5-9” Javen Woodall (Merridian HS) will look to contribute in their first year at San Diego Mesa. This upcoming season, the Olympians could be another team that we see make a jump over .500 and be fairly competitive. San Diego Mesa has the size and the Olympians will be a team that we see finishing in the upper half of the conference coming into the 2021-2022 season.

Cuyamaca (5-23, 3-13): The Coyotes will look to have an improved season after winning 5 games in the 2019-2020 season. Cuyamaca finished tied for 7th place in the Pacific Coast Athletic Conference and missed the post season.

The Coyotes return one player from the 2019-2020 team that won five games. “6-4” Ray King returns for his sophomore season after having a great first year. The sophomore wing can flat out score the basketball as King averaged 17.7 points in his freshman season. The sophomore scored a season high of 34 points against Miramar but will be an all conference candidate and a four year prospect for the Coyotes. “6-3” Carlos Arevalo and “6-4” Cleay Horn are two other sophomores that will provide experience to Cuyamaca. “6-1” Rahin Williams (Montgomery HS) is a solid point guard who will add depth and athleticism to the back court. “6-6” PJ Brinkman (Otay Ranch HS), “6-5” Jake Pfitzner (El Capitan HS), “6-2” Elijah JOhnson (Balboa Prep), and “6-5” Anthony McManus (Ramona HS) are all freshmen that could contribute this season for Cuyamaca. The Coyotes should have a better season but should remain in the middle of the pack in conference action. The lack of size in their front court could hurt them and overall depth but still the Coyotes should be an improved team for the 2021-2022 season. 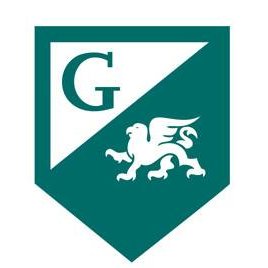 Grossmont (3-25, 3-13): The Griffin will look to put out a bigger win output than their 2019-2020 season in which Grossmont won 3 games and finished tied for 7th in the Pacific Coast Athletic Conference.

The Griffin return one player from the 2019-2020 season. “6-6” Nick Mason returns for his sophomore season after averagaint 11.8 points and a team high 8.3 rebounds in his freshman season. “6-0” San Diego Christian transfer Alex Dumas will provide scoring and depth in the back court for the Griffin. “6-5” Eugene Mitter is a transfer from Golden West that will add experience to the squad. “5-6” Domanic Safarta will add quickness to the back court, “6-4” Vincent Warren, “6-4” Calvin Payne (Australia), “6-5” Christian West (Mira Mesa HS), “6-2” Sammy Stewart (Helix HS), and “6-2” Malik Ogude, “6-3” Isaiah Thomas (Helix HS), and “6-2” Ryan Yoder (Point Loma) will all look to contribute for the Griffin for the upcoming season. Lack of size could hurt the Griffin but the addition of Dumas and Safarta in the backcourt will make Grossmont competitive. Time will tell what the season holds but we see the Griffin finishing in the middle of the pack for the upcoming 2021-2022 season. 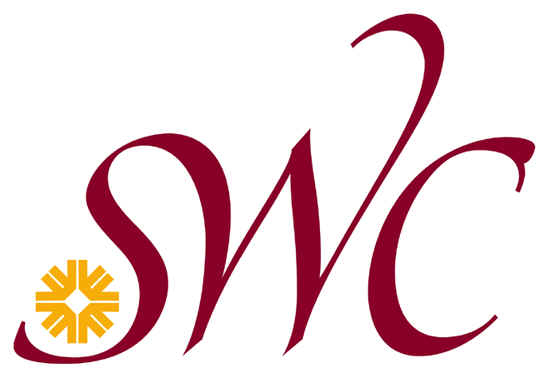 Southwestern (25-5, 16-0): The defending champs of the Pacific Coast Athletic are coming into the new season after winning 25 games in 2019-2020. After going undefeated in conference action and winning the conference championship, the Jaguars were awarded the 7th seed. In the post season, Southwestern lost in their first outing at home against 10th seeded Allan Hancock.

Coming into the new season, the Jaguars will not return any players from their undefeated conference championship team. Kyle Wallace steps on the sidelines as well and will have a brand new team for the 2021-2022 season. “6-2” Jay Norton will be a sophomore expected to play a significant role of the Jaguars coming into the new season. Norton averaged 3.1 points at Saddleback College in 2019-2020 in his freshman campaign. “6-5” Shawn Sanderlin and “6-0” Devin Hilliard are two sophomores that played at Cerro Coso in their freshmen seasons and participated in 2020-2021 at the Ridgecrest school. “6-9” Paris Smith is another prospect that is coming from Cerro Coso as the big man averaged 7.4 points and 5.9 rebounds in the 2020-2021 season. “6-5” Alexx Archer (Cerritos HS), “6-4” Karl Ashley (El Camino Real HS), DeChaun Key (Torrey Pines HS), and “6-8” Jordan Mertens (De Soto HS) are all names that could contribute to the Jaguars this upcoming season. We look at the Jaguars and think their most likely will be a slip up from the top of the conference. Southwestern will field a competitive team but most likely will be in the middle of the pack of the Pacific Coast Athletic Conference for the 2021-2022 season.