In the 2019-2020 season, three teams in the South Coast North Conference finished at or above .500. One of the teams made the post season and the other three teams within the conference struggled for most of the season. East Los Angeles was in a league of their own as the Huskies went undefeated in conference play and found themselves still standing at the end of the season. The Huskies made a trip to the Elite Eight and were scheduled to face Santa Rosa at the Elite 8 but Covid 19 ended the season abruptly. The Huskies come into the new season and remain a team that will make a run for a state title. Mt. San Antonio, Rio Hondo and Pasadena will all look to have better seasons coming into the 2021-2022 season. 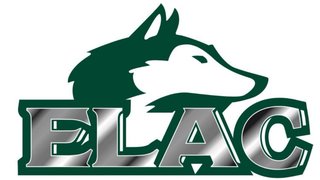 East Los Angeles (29-1, 8-0): The Huskies were an elite team in the 2019-2020 season and East Los Angeles finished the regular season with 29 wins. East Los Angeles went undefeated in South Coast North Conference action and picked up a 2nd seed moving into the post season. East Los Angeles picked up wins against Saddleback and Hancock and were scheduled to face Santa Rosa at the Elite Eight before Covid 19 shut down the season.

The Huskies will come into the new season with a target on their back after posting 29 victories last season. East Los Angeles will look to have another successful upcoming campaign returning one player from their South Coast North Conference championship team. “6-5” Dezmond Washington returns to for his sophomore season after seeing limited minutes as a freshman. East Los Angeles has a lot of talented newcomers for the upcoming season. Leading the list of newcomers is “7-0” LSU sophomore transfer Bryan Penn Johnson. The front court player will provide a solid front court player for the Huskies this upcoming season. “6-8” sophomore Josh Phillips is another player that is expected to be recruited at the division one level as the front court player is coming in from the University of Portland. “6-7” JT Langston (San Gabriel Academy), “6-11” Christian Oliver (Maranatha HS) will all be freshman and will provide front court depth and more size to the Huskies loaded front court. “6-2” Jon Sanders (DME Prep), “6-0” Justin Gladney (LA Premier Prep), “6-6” Shemar Morrow (Shadow Mountain HS), “6-5” Brandon Wilson (Taft HS), “6-5” Corey Cofield (West Ranch HS), and “6-6” Tyrelle Hunt (Coronado HS) will be freshman that have the ability to contribute and see minutes for the Huskies. Looking ahead, the Huskies are the heavy favorites in the South Coast North Conference, and East Los Angeles is a team that should make the post season and make another deep post season run. We expect the Huskies to be one of the best teams in the state and have a very successful 2021-2022 upcoming season. 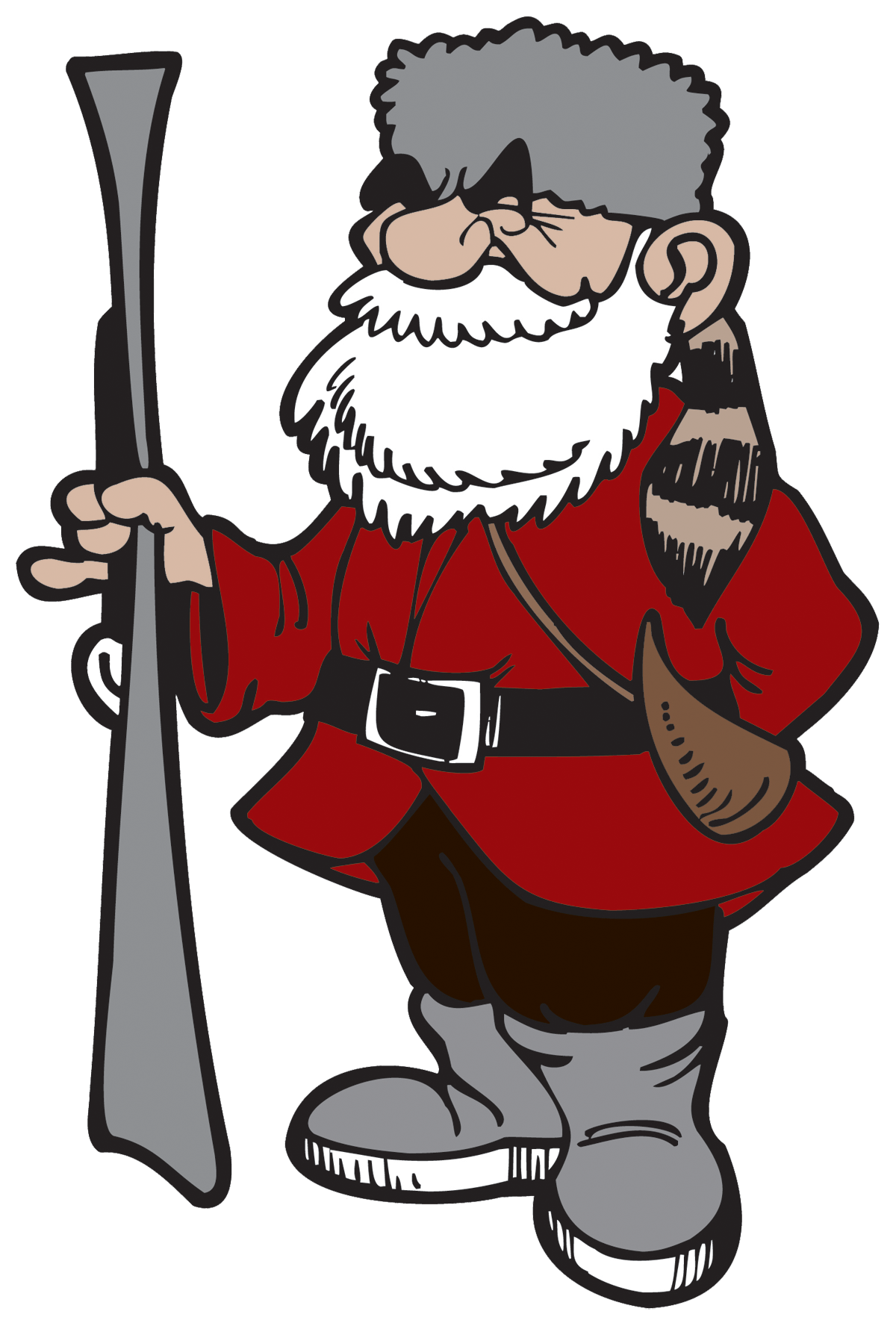 Mt. San Antonio (6-21, 1-7): The Mounties struggled last season and finished in a tie for last place in the South Coast North Conference. Mt. San Antonio finished the season with six wins and finished with one win in conference and missed the post season in the 2019-2020 season.

The Mounties do not return a single player from the 2019-2020 season and welcome in new head coach Michael Fenison. The new head coach of the Mounties brings in a lot of experience and will look to have an improved 2021-2022 season. “6-6” Dyren Brown (transfer from Antelope Valley) will be a player that will standout this season for Mt. San Antonio. Brown will help out on the glass and provide some scoring for the squad. “6-5” Jamal Edmondson (transfer from Frances Marion University) is another player that will provide rebounding and add experience to the Mounties. “6-3” Khalid Wilkins and “6-1” Saafir Moore (transfer from Mt. San Jacinto) will both look too contribute as sophomores. Mt. San Antonio will have some solid freshmen that will look to contribute for the upcoming season. “6-3” Shaquil Bender (Lincoln HS) and “6-1” Justyn Hunter (Fairfax HS) are two guards expected to have an impact for the Mounties. Hunter is a solid floor general and will be a point guard to watch this season. “6-4” LJ McClain (Lynwood HS), “6-7” Christian Jones (Etiwanda HS), and “6-8” Matthew Brown (Upland HS) will be other freshmen to watch for Mt. San Antonio. Coming into the new season, Mt. San Antonio will be an improved team and it wont surprise us if we see the Mounties make a jump in the standings. We expect the Mounties to be a competitive bunch and compete in the top half of the conference for the 2021-2022 season.

The Beavers return five players off their 2019-2020 team that finished tied for 2nd place in the South Coast North Conference. Leading the list of returnees is “6-2″ Dahmaj Warren as the sophomore guard averaged 12.7 points and 6.2 rebounds in his freshman campaign. ‘6-3” Markel Eatman returns to Los Angeles Trade Tech after averaging 6.9 points per contest. “6-0” Juan Ramos (1.1 points), “6-1” Ohleer Jones (2.0 points) and “5-8” John Thomas (1.5 points) will look to provide sophomore experience for the Beavers. Los Angeles Trade Tech will also welcome in three sophomore transfers as “6-3” KJ Walker is coming in from Golden West College as the guard averaged 3.3 points. “6-5” Ze’yon Ryan and “5-11” Syah Cole are both coming from Compton College where they played for the Tartars in 2017-2018. “6-5” Aaron Brown returns to the team after sitting out last season and in 2018-2019, the sophomore averaged 5.2 points for the Beavers in his freshman season. “6-5” Kaelin Petty (Crenshaw HS), “6-4” Khalib Betts (Crenshaw HS), “6-0” Aaron Liberty (Beverly Hills HS), “6-2” X’zavier Maddox (View Park HS), and “6-4” Miguel Ceballos (Maya Anglo HS) will all be freshman looking to contribute. Coming into the new season we believe that the Beavers will be competitive and finish in the middle of the pack in the conference for the 2021-2022 season. 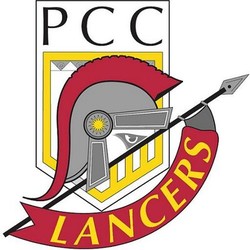 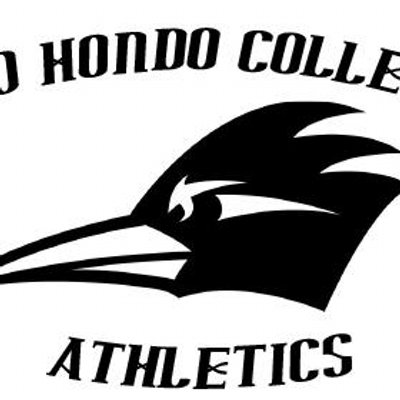 Rio Hondo (4-24, 1-7): The Roadrunners struggled to find the win column in the 2019-2020 season. Rio Hondo posted four wins throughout the season and finished in 5th place in the South Coast North Conference after picking up one win in conference action.

Rio Hondo will come into the new season looking to have a better outcome than their 2019-2020. The Roadrunners will not return one single player from the 4 win team and will look to have a competitive upcoming season. Rio Hondo has one sophomore listed on their roster for the upcoming season. “6-3” Jyvonnte Moore is the only sophomore listed for the Roadrunners. “6-4” Sharodd Lewis (Prep Charter), “6-8” Shymar Wiggins (PE&T Charter), “6-0” George Ashley (St. Anthony’s HS), “6-2” Myles Jones (Ranch Cucamonga HS), “6-2” Alwyn Saddler IV (Youth Opportunities Unlimited), “6-5” Andre Batiste (Eastern Oregon), “6-6” Sebastian Lara (El Rancho HS) are all freshmen that will look to contribute for the upcoming season. Lara will be able to stretch the floor for the Runners and Batiste will add some versatility on the defensive end this season for Rio Hondo. The Roadrunners will look to be competitive this upcoming season. Rio Hondo will be inexperienced but we expect the Roadrunners to have an improved season.