In 2019-2020 the Western State North Conference had four teams that finished over .500. Ventura, Allan Hancock, Moorpark, and Los Angeles Pierce all finished the season with winning records. Two of those four teams made it to the post season as Ventura and Allan Hancock were playoff teams. Ventura which finished conference play with an undefeated record went into to the post season as the 9th seed and suffered a second round loss. Allan Hancock was seeded 10th and ended up picking up a road win against Southwestern and falling in the sweet 16 to East Los Angeles. It appears it will be a two team race coming into the new season with the usual suspects at the top. Los Angeles Pierce has some pieces but will it be enough to get them passed Ventura or Allan Hancock? 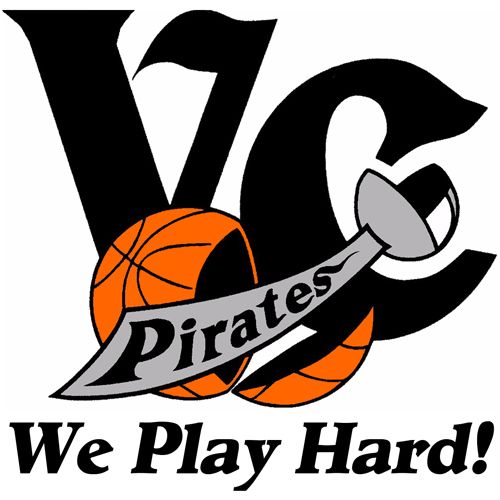 Ventura (21-8, 12-0) The defending Western State North Conference champions come into the 2021-2022 season as our favorites to win the conference championship. The Pirates will look to make a deeper run in the post season after suffering a 2nd round loss to Cerritos in the 2019-2020 season.

Coming into the new season the defending Western State champions look to defend their crown of champions of the conference. The Pirates return two players off their Western State Conference championship team as “6-5” Shulton Tobin and “5-11” Donovan Williams return for their sophomore seasons. Tobin averaged 8.8 points and 3.2 rebounds and Williams averaged 7.2 points for the reigning champs. “5-10” Jelani Bell and “6-3” Los Angeles Pierce transfer Anthony McIntyre will provide sophomore experience and depth to a loaded backcourt. McIntyre averaged 19.3 points and 5.5 rebounds for Pierce in 2018-2019. The Pirates have added some talented freshmen to the group as the versatile “6-7” Anthony Garza (Shadow Ridge) should make an immediate impact. “6-3” Adrian McIntyre (Saugus HS) is another freshman that will have an impact for the Pirates. “6-2” Stacy Johnson (Oxnard HS), “6-3” Aaron Dawoojee (Royal HS), and “6-3” Miles Ceballos will look to contribute to the backcourt. “6-9” Caleb Geisendorfer (Lemon Bay HS), and “6-7” Tanner Poetschl (Skyline HS) and “6-5” Kordell Gordon will look to make an impact for Ventura this upcoming season. The Pirates made a solid showing at the Socal Jamboree and in our eyes will be the team to beat in the Western State North Conference.

Allan Hancock (23-7, 9-3) The Bulldogs will look to have another standout season after winning 23 games and finishing in 2nd place in Western State North Conference action. Hancock picked up a post season road victory over Southwestern and fell short against East Los Angeles in the sweet 16 in the 2019-2020 season.

Hancock will look to challenge Ventura and knock off the defending champs as the Bulldogs will be in the mix of things. The Bulldogs return one player that saw action on the 23 win team from two years ago. “6-4” Bryce Carver returns as the sophomore averaged 7.3 points and 4.5 rebounds for the Bulldogs in his freshmen season. “6-6” Shawn Kelly (Colorado Northwest CC), “6-5” Kaleb Mack (Gadsen State CC), and “6-10” standout Amari Stroud (Chico State University) will all play significant roles for the Bulldogs. Stroud is a high level skilled big man that is drawing attention from universities across the nation. “6-3” Cal State Northridge transfer Matt Solomon is a newcomer that will bring scoring to the Bulldogs. “6-2” Khalil Shaheed (GA), “6-6” Mykale Moore (AL), “6-8” Collin Oestereich (Lompoc HS), “6-6” Vondre Chase (CT), “6-8” Noah Haaland (ID), “6-4” Marquis Thomas (Roosevelt HS), “6-10” Ben Todd (El Camino Real HS), and “6-4” Obadiah Curtis (Edison HS) will look to contribute for Hancock this season. Looking at the Bulldogs, they will make a post season push and be a contender to win the conference championship. It is going to be a great race between Hancock and Ventura as in our eyes are the top 2 teams in the Western State North Conference. 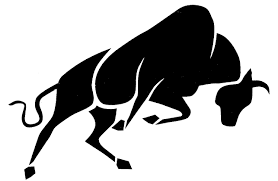 Los Angeles Pierce (15-13, 6-6): The Brahmas are coming off a 15 win season and a fourth place finish from the 2019-2020 season. Los Angeles Pierce did not win more than three straight games nor lose more than three straight games in the season. The Woodland Hills school missed the post season and Pierce will look to have an improved 2021-2022 season.

The Brahmas return two players off their 2019-2020 season. “5-10” EJ Bushner leads the list of returners as the sophomore guard averaged 8.6 points in his freshman campaign. “6-3” Zion White is another player that is back for his second season at Pierce College. White is a combo guard that should pick up his scoring in his sophomore season after averaging 2.5 points in his freshman season. “6-6” West Valley transfer Kendrick Alexander, “6-2” Westcliff transfer Dylan Hicks and “5-10” jet quick Larry Williams will provide scoring and sophomore experience to the Brahmas. “6-8” Bruno Reed (Poly HS), “6-6” Gabe Abbott (El Camino Charter), “6-5” Willie Jones (Wyoming) all will add size to Los Angeles Pierce. The Brahmas will be a very competitive team that we feel have a chance to finish in the top 3 of the conference. Los Angeles Pierce will be a team to follow and time will tell where they finish in the Western State North Conference.

Cuesta will have a brand new team as the Cougars do not have a single person returning from the 2019-2020 season. The Cougars have two sophomores listed on their roster as “6-1” Chabot transfer Japjit Gill and “6-0” College of the Redwoods transfer Isaac Puzz will provide sophomore leadership. Gill averaged 5.9 points and 4.6 assists for Chabot in his freshman season. As for the freshmen, “6-1” Darryl Brooks will be a standout for the Cougars this season. The combo guard has the ability to score in a variety of ways and should be an impact player for Cuesta. “6-7” Ketan Sidhu will bring some outside shooting to the Cougars, and “6-7” Jake Poole (Galena, MO), “6-9” Logan Knuckles (Atascadero HS), and “6-7” Moritz Schneider (Freiburg, Germnay) will provide some size to their front line. The Cougars will be a very inexperienced team but should be a competitive team within the conference. We see Cuesta finishing in the middle of the pack in the 2021-2022 upcoming season. 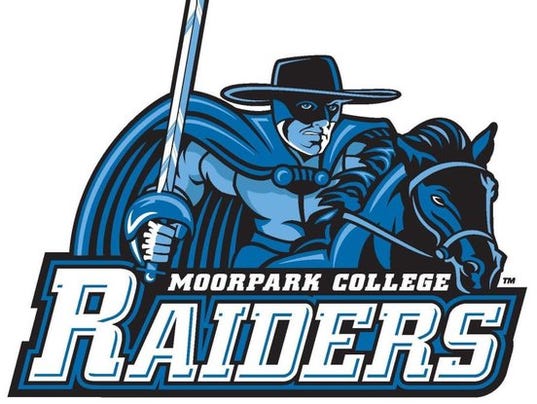 Moorpark (15-13, 7-5): The Raiders will look to build off a 15 win campaign from a year ago. Last season, Moorpark finished above .500 and picked up 7 wins in conference. With a 7-5 record in conference the Raiders finished in 3rd place in the Western State North Conference.

Coming into the new season, Moorpark will have an entire new roster with no players back from their 15 win season. “6-0” Deon Francois will look to provide sophomore leadership as the transfer from Bethany College will bring quickness to the Raiders. A long list of freshman will be looked upon to contribute and early for Moorpark. “6-0” Luka Marich (Golden Valley HS) will provide a scoring point guard threat to the backcourt, “6-2” Jailen Jones (Starkville HS), “6-3” Anthony Vespe (Westlake HS), and “6-4” Nolan Rice (St. Bonaventure HS) will also add depth to the back court. “6-6” Ben Condra (Smithson Valley HS) and “6-6” left handed Brock Bailey (Beacon Hill HS) will provide some size to Moorpark. The Raiders will be very perimeter oriented and will be an uptempo team that will lack size. If Moorpark can make perimeter shots and find a way to rebound by committee and play against teams with size we could see them in the top 3 in the conference. 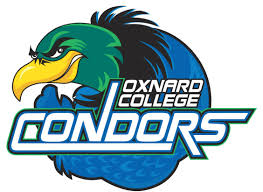 Oxnard (3-21, 2-10): Oxnard was the only team from the conference that did not participate at the Socal Juco Jamboree as the Condors will look to improve from their 3 win season from 2019-2020. The Condors missed the post season and finished in 6th place in the Western State North Conference.

The Condors will return two players from the 2019-2020 season. “6-2” Anthony De La Cruz and “6-7” Eduardo Gallegos will provide the sophomore exprience. “5-11” sophomore Ricky Hagan West Hills Coalinga transfer will look to contribute for Oxnard this season. “6-3” Chrys Jackson is another transfer that will look to contribute this season. Jackson averaged 6.8 points for Nebraska Christian in the 2017-2018 season. “6-3” James Webster (Spring Valley HS), “5-10” Aries Vega (Fillmore HS), “5-7” Tevin Bishop (Prestige Prep), and “6-4” Anthony Juarez (Santa Clara HS) will all be freshman that could contribute this season for the Condors. Oxnard will look to find ways to stay competitive in the conference as the Condors lack height and depth. We predict Oxnard will land towards the bottom half of the conference for the upcoming 2021-2022 season. 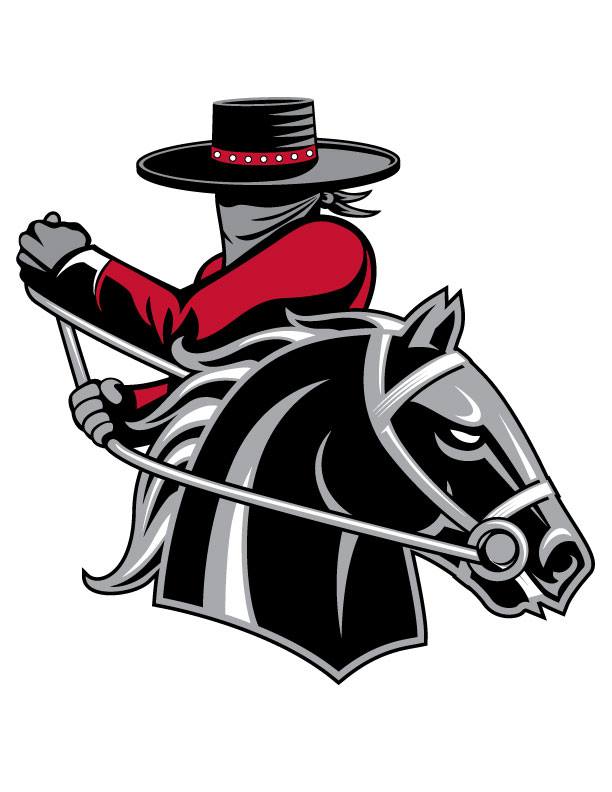 The Vaqueros will return one player off their one win team from 2019-2020. “6-4” Brycyn Gossett returns for his sophomore season after averaging 7.5 points and 4.8 rebounds in his freshman campaign. “5-9” JJ Fain will be the other sophomore that the Vaqueros will have for the upcoming season. Fain is coming in from Bakersfield College and will add experience to Santa Barbara. “6-5” Adam Weingard (San Juan Hills HS), “6-4” Jon Pearson (Canyon Crest Academy), and “5-11” Wilfrid Nado will be looked upon to contribute this season for the Vaqueros. “6-2” Amari Austin (Siverado HS), “5-8” Jalen Bates (Lincoln HS), and “6-6” Luke Sinclair, “6-2” Billy Whitting (Lincoln HS), and “6-0” Elijah Simpson (Palos Verdes HS) could be freshmen that may contribute. Looking into the conference season, the Vaqueros could struggle at times against athleticism and size. Santa Barbara could struggle scoring the ball and with that being said we see the Vaqueros finishing in the lower half of the conference for the upcoming 2021-2022 season.